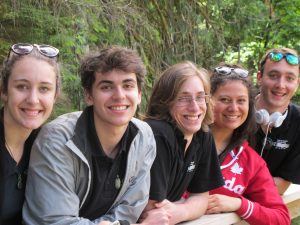 The national choir for secondary school students, aged 13 to 18 years, the New Zealand Secondary Students Choir has up to 60 members, with auditions held every second year. We gather each school holidays for a week of rehearsals and concerts throughout the country, culminating in a tour to an international choir festival or competition.

Our purpose is to extend secondary students’ choral excellence and develop their leadership capabilities as key contributors to the New Zealand arts sector.

The roots of the New Zealand Secondary Students Choir can be traced to a choral course for secondary students in the 1960s, and a performance in 1967 with the Wesley Chapel Choir in Wellington, under the musical direction of Malcolm Rickard. 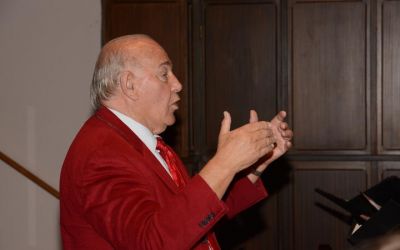 until 1987. Throughout the 1970s and 80s, Guy was the National Officer for Music for the Department of Education, providing opportunities for school choirs by facilitating holidays courses. Guy had already formed the National Youth Choir (now New Zealand Youth Choir) in 1979.

With the demise of the choral section of the Westpac School Chamber Music Contest after 1986, Guy also had the support of the New Zealand Choral Federation, which was trying to establish a national festival (eventually evolving into the 'NZ Secondary Schools Choral Festivals' and then 'The Big Sing'). 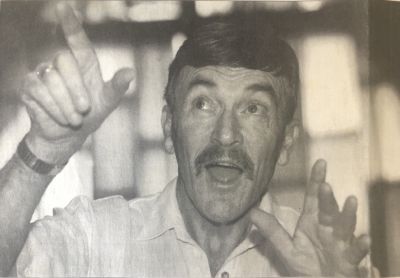 Willcocks. The 1988 choir came together as a 'one-off' choir solely to perform with the National Youth Choir and NZSO at this very special concert in honour of Sir David Willcocks. The choir performed two works, Prodigal  Country by Douglas Lilburn and Carl Orff’s Carmina Burana.

Following this concert, the 1988 choir disbanded.

In 1990 and 1992, NZSSC represented New Zealand at the Pacific Basin Choral Festival and was named Outstanding Choir of the Festival. In 1990 Roger also won the Best Director Award. Auditions for the 1989/90 membership, the first face-to-face auditioned choir, involved Roger hitting the road visiting towns and cities across the country. 1989/90 was also when Roger introduced the eighteen-month membership cycle, a formula that is still in use today.

The choir toured to Singapore in 1994, where NZSSC performed with the Singapore Youth Choir, and in 1996, the choir won gold again in Hawaii. 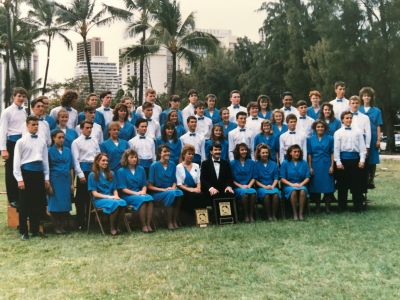 The 1997/98 choir went to Australia, performing in Brisbane and Canberra as part of the Australian SME conference in Canberra, finishing the tour in Sydney including a performance at the Anglican Cathedral in Pitt St.

Roger’s final choir went to Canada in 2000, at the invitation of the Canadian Government as part of the Millennium Celebrations. They attended a choir festival in Toronto and a massed choir with Swedish conductor Robert Sund. In Calgary, they were guests of the Calgary Youth Choir during ‘stampede week’, a time when everyone dresses up in cowboy uniform.

The NZSSC trust board was formed in 1997, the first chairperson was Bruce Murray.

Elise Bradley (MNZM) is appointed as Musical Director for the 2001-2002 choir and remained with the choir until 2007, when she took up the role of Artistic Director of the Toronto Children’s Chorus. 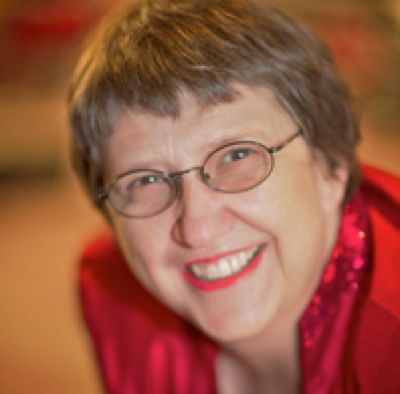 In 2002, the choir took part in the Australian National Choral Association conference in Brisbane.

2004, the choir toured to the Oregon Bach Festival in Eugene, Oregon, USA and then to the International Choral Kathaumixw in Powell River, British Columbia, Canada. In Canada the choir took three first place awards (Mixed Voice Adult Choir, Youth Choir and Folk & Cultural Traditions). In this, the 11th biennial Kathaumixw, NZSSC earned more awards than any other choir in any year over the history of the competition, a record which still stands.

2005/06, the choir competed in the Hong Kong International Youth & Children’s Festival where it took the top award and won the title “The World’s Choir”. Following this the choir travelled to Xiamen, China, where it competed in the World Choir Games, gaining a Gold Award (Champion Mixed Voice Youth Choir) and a Silver Award (Folk and Ethnic Music). Significantly, 148 choirs performed during the first week of these ‘olympics’ and of these only eight received championship awards. 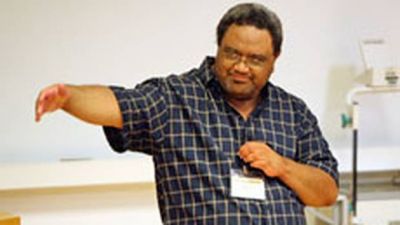 Robert Wiremu was appointed interim-Artistic Director, leading the choir on its tour to Brazil and Argentina. The choir participated in the Melodia 08! Music Festival and sang in Rio de Janeiro, Petropolis, Buenos Aires and La Plata.

The 2009/10 choir toured to Canada, again achieving great success at the International Choral Kathaumixw. The choir won the Adult Mixed Voice competition and came second in both Youth Choir and Folk And Cultural Traditions competitions. A 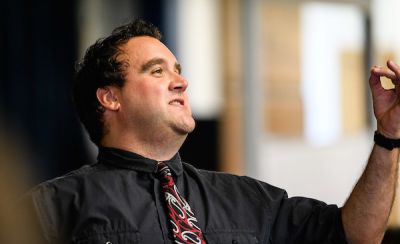 new award was created especially for the NZSSC, the People’s Choice Award, as a result of the way thousands of people at the Kathaumixw responded to their music, as evidenced by standing ovations at every concert, including some audiences of over 2,000 people.

The 2011/12 choir sang in Auckland, in Christchurch as part of the Christchurch Arts Festival and Christchurch Sings, the one year commemoration to the September 2010 earthquake, in Ashburton, in Napier, and in Wellington. Andrew Withington led the choir on a tour to the Ihlombe Music Festival in South Africa, singing alongside international and South African choirs. This was an extraordinary musical and cultural experience for our members. 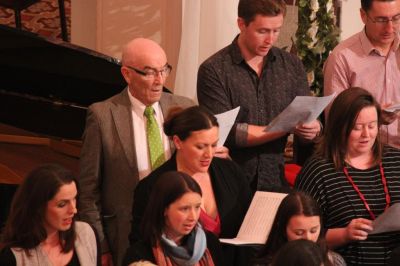 In 2016, NZSSC marked its 30th birthday with the establishment of a Student Support Fund and a concert at Sacred Heart Cathedral in Wellington, where the choir was joined on stage by some of its alumni, including former director, Roger Stevenson (left).

In 2018, NZSSC toured to Hong Kong to work with the Wah Yan College Kowloon Boys' Choir on a new commission by David Hamilton and attend the Belt and Road  World Choir Festival as Resident Choir.  Then it was on to Shanghai for three more days of musical and cultural adventures, including a performance at NZ Central and working with local choirs including the Vienna Boys Choir Shanghai Choir. 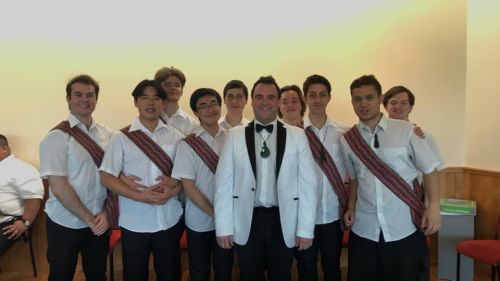 During this period, Artistic Director Andrew Withington completed his PhD, focused on creating his own system to teach choirs to more reliably and consistently sing in tune. Listen to an interview with Andrew discussing this research with Kim Hill on RNZ. 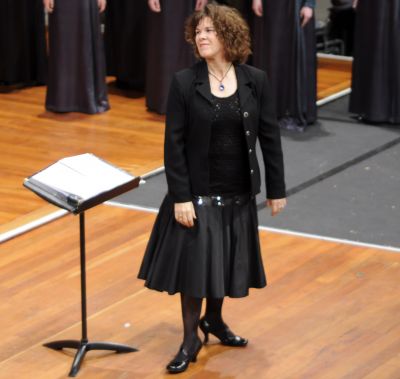 In July 2019, the choir worked alongside former NZSSC Music Director Elise Bradley and the Toronto Children's Chorus at NZ Choral Federation's Choral Connect, and later that year toured in the South Island (Dunedin, Christchurch and Timaru).

Before Covid-19 struck in 2020, the choir held a residential course in Napier, with concerts in Napier and Palmerston North. However, singers and staff were devastated at the cancellation of the tour to the Czech Republic and Dresden, Germany in April/May 2020, which would have been the choir's first ever tour to Europe.

The 2019-20 choir was able to end on a high note, with an Auckland / Wellington tour in December 2020. Alumnus Simon O'Neill sang with the choir at a stunning concert in Auckland and again at Government House, Wellington, hosted by NZSSC Patron, Her Excellency The Rt Hon Dame Patsy Reddy, Governor General of New Zealand. 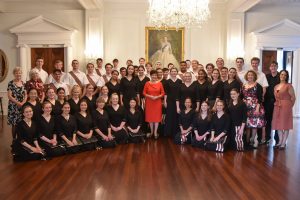 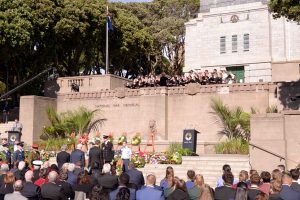 The 2021-22 choir first gathered at the Choirs Aotearoa NZ Choral Academy in Auckland, January 2021. In April the choir was honored to be invited to sing at two high profile, national events: the New Zealand memorial service for the Duke of Edinburgh, and the national ANZAC commemoration.

In July the choir gathered in Auckland and performed at the NZ Choral Federation's Choral Connect closing concert, Cultural Connections.