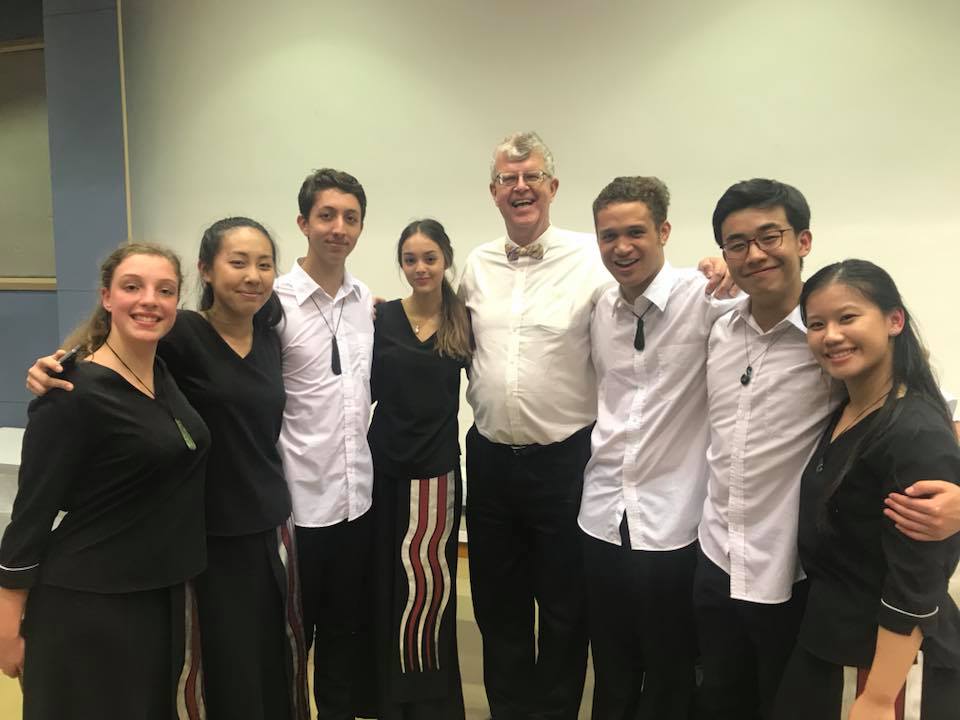 The New Zealand Secondary Students Choir, our national choir for 14 to 18 year olds, is heading overseas for a two-week tour of Hong Kong and Shanghai. Before they go, Auckland is in for a treat with a farewell concert on Saturday 7 July.


This internationally-celebrated choir will present a dynamic and diverse repertoire including the world premiere of David Hamilton’s new work, Songs of the Moon and Stars, combining Maori and Mandarin lyrics.

Well-known in Auckland as a respected teacher and choir leader, David is one of NZ’s most accomplished and widely performed composers. His works are performed by choirs all over the world, most recently in Italy, Japan, Singapore and the US. NZSSC has previously performed David’s compositions but this is the first time it has commissioned a work. “The brief was specific but challenging,’ says David, “It required text in Mandarin and Maori as well as being able to be performed by the entire 55-strong NZSSC and by an all-boys choir”.

In Hong Kong, the choir will perform at the Belt & Road World Choir Festival. NZSSC Artistic Director, Dr Andrew Withington says, “We are excited to be reunited with the Wah Yan College Kowloon Boys Choir who will perform David’s work with us. We first met the boys at a choral festival in Canada when we were ‘guest choir’ and they won ‘Choir of the World’”.

The Auckland concert will be a home-coming for the 20 local members, seven of whom are from Dilworth College, including Viliami Lutui, who is also in the NZ Secondary Schools Rugby team, and Takerei Komene, Auckland Youth Choir’s conducting intern. Takerei describes NZSSC as ‘a life-changing experience’, watch him interviewed: www.nzzschoir.com