Media Release: Our Artistic Director to move on after 10 years 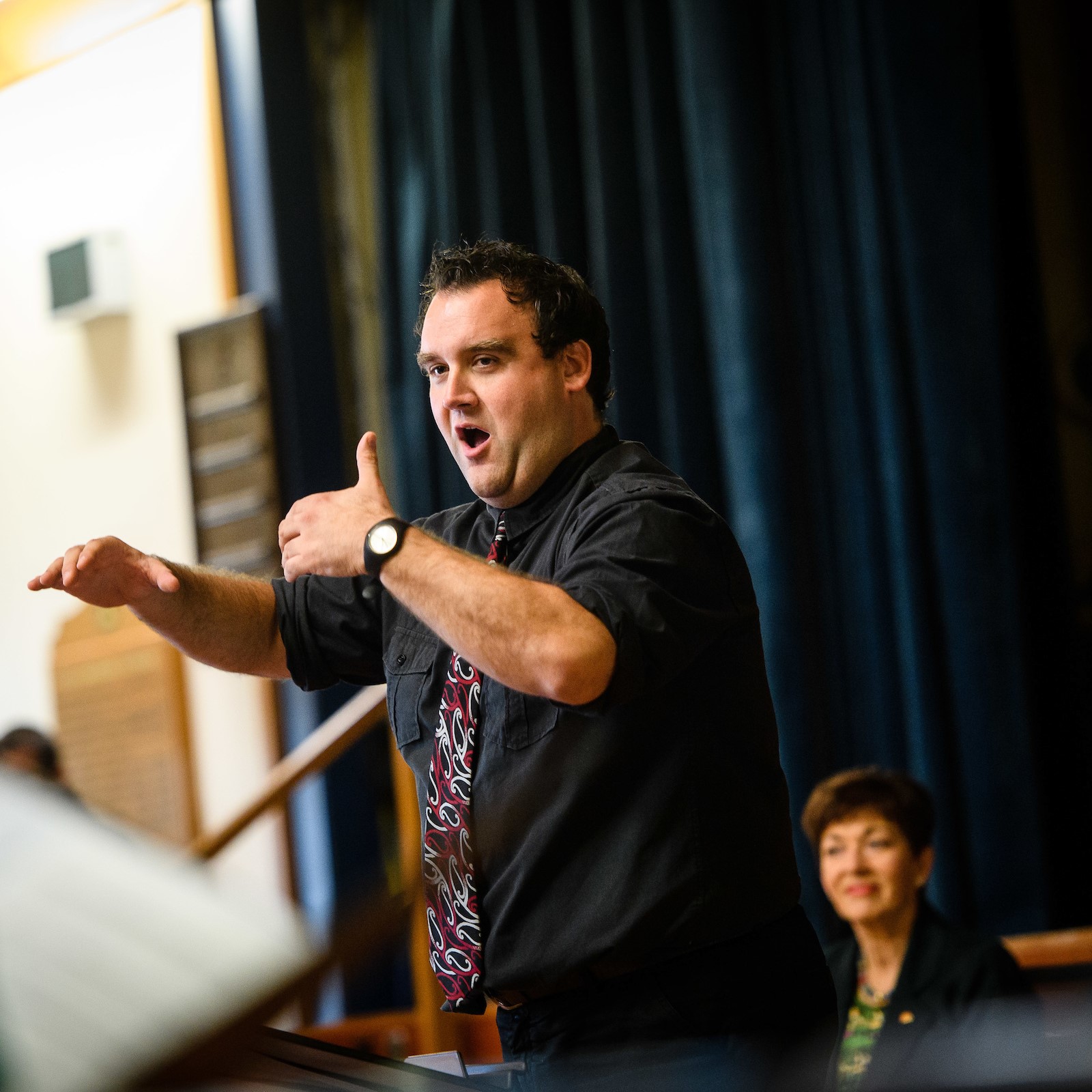 Dr Andrew Withington, the choir’s director and conductor, yesterday announced he will be stepping down from his role with the national choir. After ten years leading this internationally celebrated choir, Andrew is leaving for new adventures at the conclusion of the 2017-2018 choir cycle.


After ten years leading this internationally celebrated choir, Andrew is leaving for new adventures at the conclusion of the 2017-2018 choir cycle.

Andrew’s final performance with the choir will be at the Big Sing Finale, 1 September in Wellington.Andrew has led the choir on international tours to Canada, Malaysia, Singapore and South Africa. At the 2010 International Choral Kathaumixw, the choir received ‘The People’s Choice Award’ and first place in the adult mixed choir competition. NZSSC returned to the Kathaumixw in 2016 as the invited Guest Choir, and Andrew led one of the juries. Andrew has adjudicated and run choral clinics in New Zealand and internationally, and is an advisor for the New Zealand Choral Federation and the International Choral Kathaumixw.

Hugely respected by his students and colleagues, Andrew has recently completed his PhD, focused on creating his own system to teach choirs to more reliably and consistently sing in tune. Listen to an interview with Andrew discussing this research with Kim Hill on RNZ.

Nearing the end of their two-year membership, the 55 members of the current 2017-18 choir, all aged between 14 and 19, is about to embark on a tour to Asia. It’s the culmination of hundreds of hours of rehearsals and performances under Andrew’s tutelage. In Hong Kong, NZSSC will perform with school choirs and take part in the Belt and Road World Choir Festival as Resident Choir. In Shanghai, the choir joins the Vienna Boys Choir Shanghai Choir for a shared concert. They’ll perform for the New Zealand Consul General in both cities.

We all wish Andrew well in his next endeavors and celebrates the amazing level of choral singing that he has achieved with NZSSC over the past ten years.

Applications for the role of Artistic Director  open next week.

Listen to a Radio NZ interview of Andrew speaking with Kim Hill.